Field hockey is a team sport requiring quick reactions, continual sprints and the ability to read the game and make decisions. Commonly played in the winter months, most clubs have social summer leagues and pre-season game-based fitness sessions continuing through the summer for players to keep active and stay in touch with friends. Often a family sport, it can be a great way for skiers to train certain characteristics that are beneficial to skiing but in a new and refreshing environment. 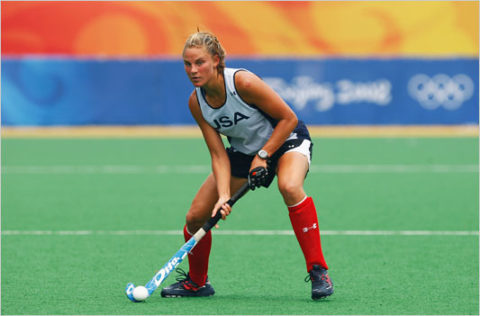 Consider the common body posture for playing field hockey; low crouched position, hands in front of the body holding the stick, head up and body weight going forwards. Now consider the body position we talk about in skiing; flexed ankles, knees and hips, hands forward and slightly out, horizontal eyeline and weight going through the centre of the ski. Pretty similar?

One of the most frequent things I say as an instructor is “look up”.
To beginners, to advanced clients, to instructors.
We have an obsession with looking at our feet to see what they are up to, but we need to develop awareness and proprioception in order to be capable of moving whilst observing the changing environment in front of us and react to it.
The terrain on the slopes changes, just as the hockey game changes.
Being able to look up and make decisions quickly is a vital skill in both sports. In hockey you might have to decide to change pace quickly as the ball has suddenly reversed possession. In skiing, another skier may have just taken your line, or a patch of ice pops up in the exact place you were going to turn.

Hockey is a fast paced game, with players running approximately 60-70% of the game at sprint pace. As the ball travels so quickly, repetitive sprints with a jog phase for recovery is the most common pacing for a game.
Each half of a hockey game lasts for 35 mins so a lot of sprints are packed into a fairly long time frame. This is advantageous to skiers as all three energy systems are being used in a game and being trained at the same time; ATP-PC (anaerobic a-latic), glycotic (latic acid) and oxidative (aerobic).
All three systems are used in the typical ski day too. Going like a bat out of hell on your favourite slope with hero snow, then doing it again and again. Trying to train all three systems in the gym would require some serious motivation and variety of drills. However, the distraction of the game provides that motivation.

The quadriceps to hamstring strength ratio in hockey players is roughly equal due to the crouched playing position. In skiing having a good level of strength in both sets of muscles allows to maintain body position with ease and react to the turn phase and terrain.
The legs are almost constantly moving, so it would make sense to keep the whole leg trained and strong. Playing hockey will do this without having to plan a very specific leg day in the gym. 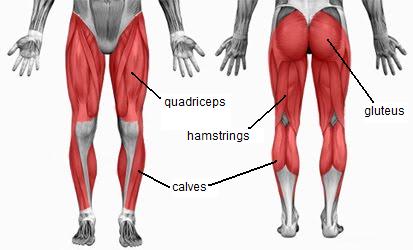 Frequent changes of direction require the athlete to be able to generate muscular force in a multiplanar environment. Be strong and quick enough to change pace and direction quickly in order to react to the game.
Good core strength is also required to keep the body balanced during transitions. Whilst a skier may not move in quite the same way, the characteristics of agile strength are useful in order to modulate the body during different turn shapes and also in different environments.
Off-piste an agile skier will be the one to ski around the tree, not through it.

There are a lot of physical characteristics trainable in an alternative setting; providing a change from the gym and the slopes whilst still achieving results.

Playing other sports and with different people outside of skiing is great for the mental state of a skier too; too much intensity of training can lead to burnout.
The old proverb states a change is as good as a rest so mix up your training during the summer.
I don’t know of anyone who skis unless they love it, but everyone needs a break.
Hockey is a fun, fast-paced and social sport where all levels of ability are catered for.
Just the same as skiing, as well as the quiet drink with teammates in the bar afterwards.

Fitness Preparation in our ski courses

All our ski instructor courses are run by a team of coaches working together. We believe that a correct physical preparation is fundamental for success in a ski career. Having dedicated coaches, along with physiotherapists and postural educators, helps us keeping the trainees aways from injuries.
This is valid for all our group courses in Zermatt,  such as the Autumn and Winter Gap Courses, the ISIA Level 3 Course and the Level 4 Course. For more courses you can visit the dedicate webpage here.
Private coaching in Switzerland and across Europe is also available contacting us at info@subzerocoaching.com